Have you ever heard of the 1930 film The March Of Time? Me neither. Have you ever seen the Buster Keaton clip from the 1931 film Wir schalten um auf Hollywood? That I have seen. Here is a Youtube link. What I didn't know is apparently what Buster filmed for the former film eventually found its way into the latter. The MGM film was to be a follow-up to The Hollywood Revue of 1929, but was shelved due to the decline in popularity of musicals. In addition to BK, some other notables to film sequences for this doomed project were Marie Dressler, Cliff Edwards, Ramon Novarro, and Bing Crosby. One interesting note, March was partially filmed in two-color Technicolor. Buster's scene, however, is in good ol' black and white. 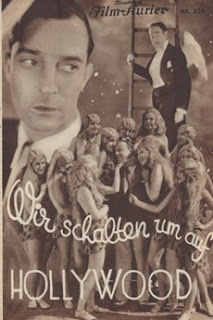 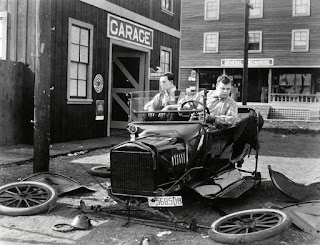