Hey, we have our trailer for The Boat up and running. Wow-- pretty quick since we announced this was "in the works," but don't get used to that! Enjoy...

In The Works: The Boat

Up next in our mock trailer series is The Boat. Buster Keaton's 1921 short comedy. 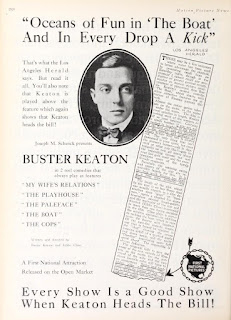 We have my favorite Buster leading lady, Sybil Seely, playing Buster's wife; they have two sons (foreshadowing Buster's real life), and one boat. This is one of Buster's patented story lines of man against machine. Well, man is also against kids, weather, water... 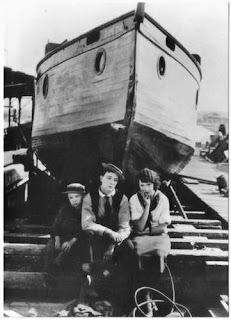 FYI: The boat in The Boat is named "Damfino." A very short-lived boat in Buster's feature film, College, is named "Damfino," and legend has it that a boat with the same name appeared on the Michigan shores when Buster was there as a child. The International Buster Keaton Society is named-- what else? The Damfinos.
at September 18, 2018 No comments: 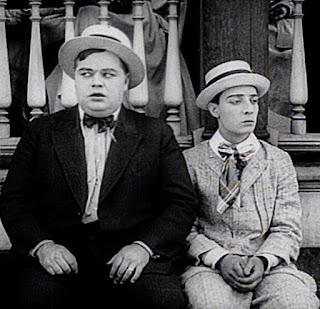 Back Stage Centennial Minus One

Today marks the 99th anniversary of the Comique release Back Stage. 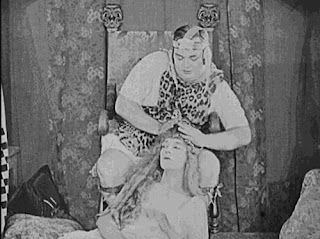 Roscoe Arbuckle (top) with, yes, BK. If you've never seen this, do yourself a favor and watch. Notice Buster taking a bow at the end of the above scene. He could play a woman better than anybody!
at September 07, 2018 No comments: 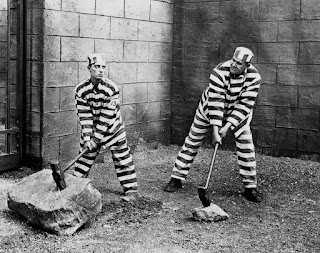