Buster Keaton hired Robert E. Sherwood to write a screenplay for him. The Skyscraper story was started but never completed. Buster and a girl are trapped atop an yet completed skyscraper. Neither Buster nor Mr. Sherwood could think of a suitable ending. 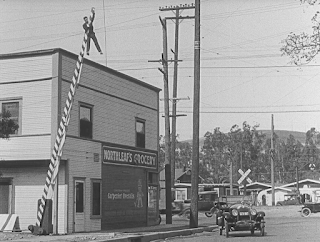 So Why Keaton, Part 4: Buster In Trouble

Buster Keaton's life reads like a well crafted story. A blissful beginning, wild success, dark clouds gather on the horizon, the hero struggles, sinks, only to rise again and reach a happy ending. Buster's struggles, in case you don't know, started when he signed to work for MGM in 1928. He would later call it the biggest mistake of his life. The studio system clipped his wings and assigned him to films that were way off the Keaton style. 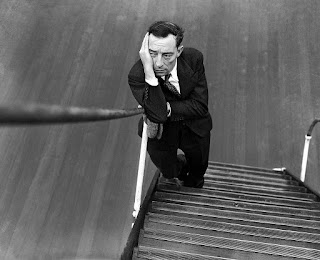 His marriage to Natalie Talmadge came to an end several years later. Natalie took most everything, including their two sons. Buster turned to alcohol. MGM considered him unemployable and fired him. He married a second time during what he called an alcoholic blackout to the nurse hired to keep him sober. After two years, he chalked up another divorce. He finally reined in his drinking and remarried for a third and last time. 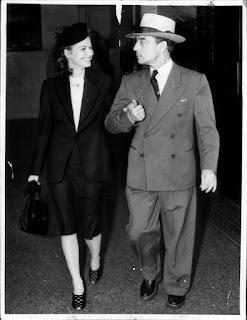 Buster and his third wife, Eleanor

During all this chaos, Buster kept working. He made a couple films in Europe, starred in low-budget shorts, and was rehired by MGM as a behind-the-scenes gag man. Then he went on to television, more movies, returned to the stage, and made commercials. He was awarded an honorary Oscar in 1959 "for his unique talents which brought immortal comedies to the screen." And happily, he lived long enough to see renewed appreciation for his remarkable silent films. 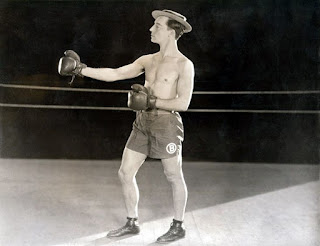 I find a lot of strength in Buster's survival. He hung on. He kept going. He succeeded.
at April 22, 2018 No comments:

According to our last poll, half of us BK fans can name Buster's three wives and half can't. For those of you who cannot, here is a mini study guide: 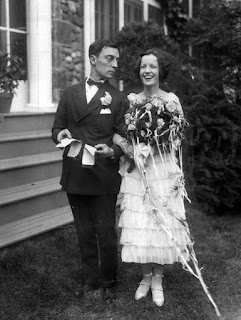 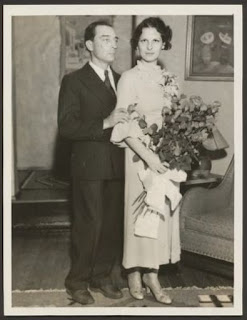 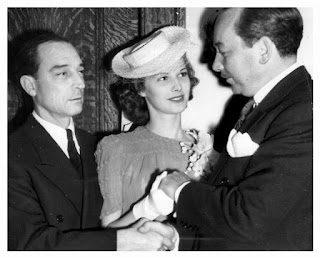 I know, I know... our next video, Bustration, is long overdue. The tried and true phrase "Life gets in the way of living" can sum up the delay. We'll get to it one of these days... Thanks for your patience. 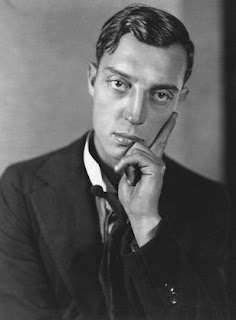 The Three Keatons performed in England in 1909. 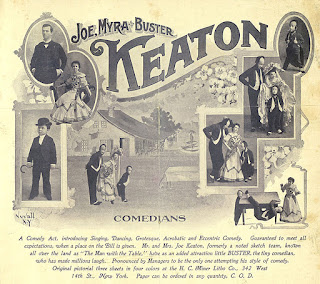 75 percent of voters in our last poll have seen a Buster TV appearance. Pretty amazing that we have them to view today. 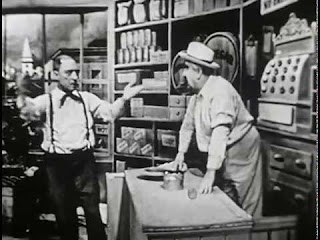 Buster recreating "the molasses sketch" from The Butcher Boy with Billy Gilbert on The Ken Murray Show, 1952.
at April 01, 2018 No comments: