In The Works: Coney Island

Currently in the works is a mock trailer for the Comique short film, Coney Island which is occasionally known as Fatty At Coney Island. It celebrated its 100th anniversary on October 29, 2017. The team of Roscoe Arbuckle, Al St. John, and Buster Keaton take on Luna Park, girls, water, cops... All in about 24 minutes of rollicking fun. 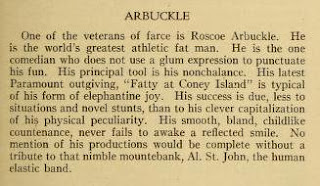 Piece from a 1917 Photoplay magazine 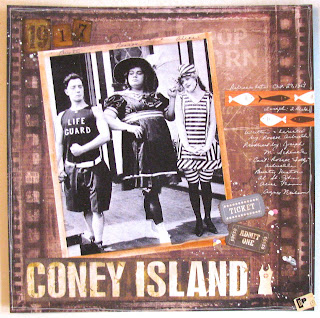 All slapstick aside, Coney Island is a mini time capsule of the park as it was in 1917. Some of the sights and rides are well documented for us to see today. It also showcases how much fashion has changed in one hundred years. For example, we have Fatty, Al, and Buster all going to an amusement park in suits. The women's "swimsuits" are complete with matching hats and stockings. Notice the length of Fatty's wife's dress, not to mention she is wearing long sleeves at the beach. According to Wikipedia, The Chicago Board of Censors cut the dressing room shot of a woman exposing her knee. Times change. 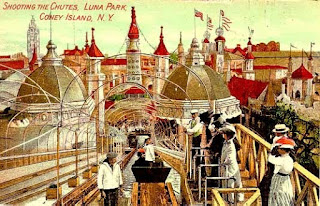 For you Keaton fans, watch for Buster as one of the three Keystonesque Kops summoned to break up the Fatty/Al water fight. I've never seen it confirmed anywhere, but smart money might bet on Buster in drag as Alice when "she" flips out of the Shooting the Chutes boat. The man sure earned his paycheck. 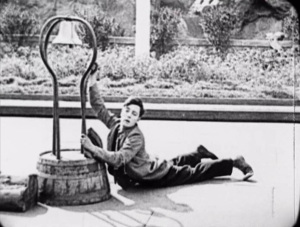 We'll be back when our CI trailer is up and running!

Here it is! The first video Silver17 has completed. We hope it is the first of many, but considering how long we worked on this one, don't start holding your breath now. Our subject is the actor, writer, director, stuntman, etc., etc., Buster Keaton. 2017 marks the one hundredth, yes-- ONE HUNDREDTH, anniversary of his film debut in The Butcher Boy, a silent comedy two-reeler. To honor such a momentous occasion, we created this short tribute.

If you are a Keaton fan, or a fan of silent films, we have many other tribute videos in the works. Check back soon for new videos and other nuggets of interest!
at November 03, 2017 No comments: