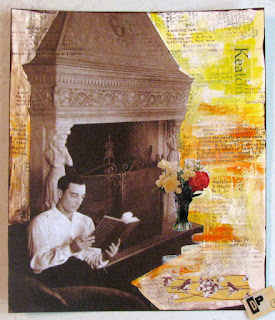 By CollageDP (yep-- that's me)

In The Works: The Rough House

Silver17 will be participating in the Fourth Annual Buster Keaton Blogathon hosted by Silentology. We will be debuting a mock trailer for the 1917 short film The Rough House. This was Buster Keaton's second film with Comique and Roscoe Arbuckle. Some sources credit Buster as co-directer (with Arbuckle). That is quite a jump from a supporting player in his first film. 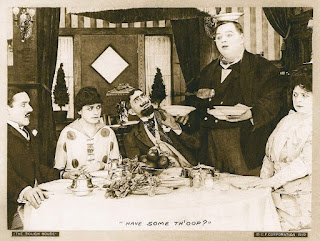 The Rough House is prime silent-era slapstick all the way. Rough and tumble action combined with visual gags and just enough plot to hold it together. Buster plays two or three different roles, depending on your point of view: a brief appearance as a gardener then a delivery boy turned cop. 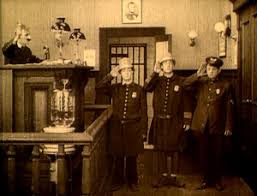 Besides Roscoe and Buster, the early Comique regulars are along for the ride too: Al St. John, Alice Lake, Josephine Stevens, and Agnes Neilson. Glen Cavender also has a role in this. He joined Buster in The Cook, and The General and has a long list of other films to his credit.

Apparently The Rough House was quite a hit at the time-- at least in Burlington, Wisconsin.

When watching The Rough House, one should know some original footage is missing. Reportedly there is more to Buster and his fellow cops trying to find their way to the Roughs' residence (I refrained from using the word "house" one more time) by running around NYC. I also read one review which has Fatty depositing his bothersome mother-in-law into the ocean at the end, but I have never seen such footage nor read any other information on this ending. Wouldn't it be wonderful to travel back and see these films as originally released? One can dream...

The blogathon will take place on February 12 & 13, 2018 at Silentology. A number of interesting Buster topics are already on the roster-- take a look. If you've never visited Silentology, run don't walk over. Great info on all things "silent."

A Country Hero is the only Keaton silent film considered lost. It was released 100 years ago today, December 10, 1917. 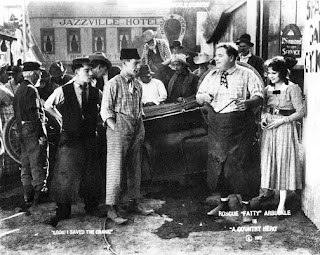 Buster Keaton's autobiography, My Wonderful World of Slapstick, was published in 1960. 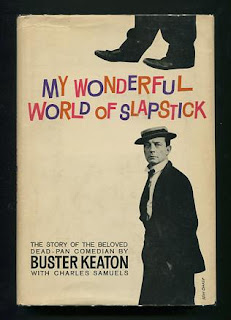